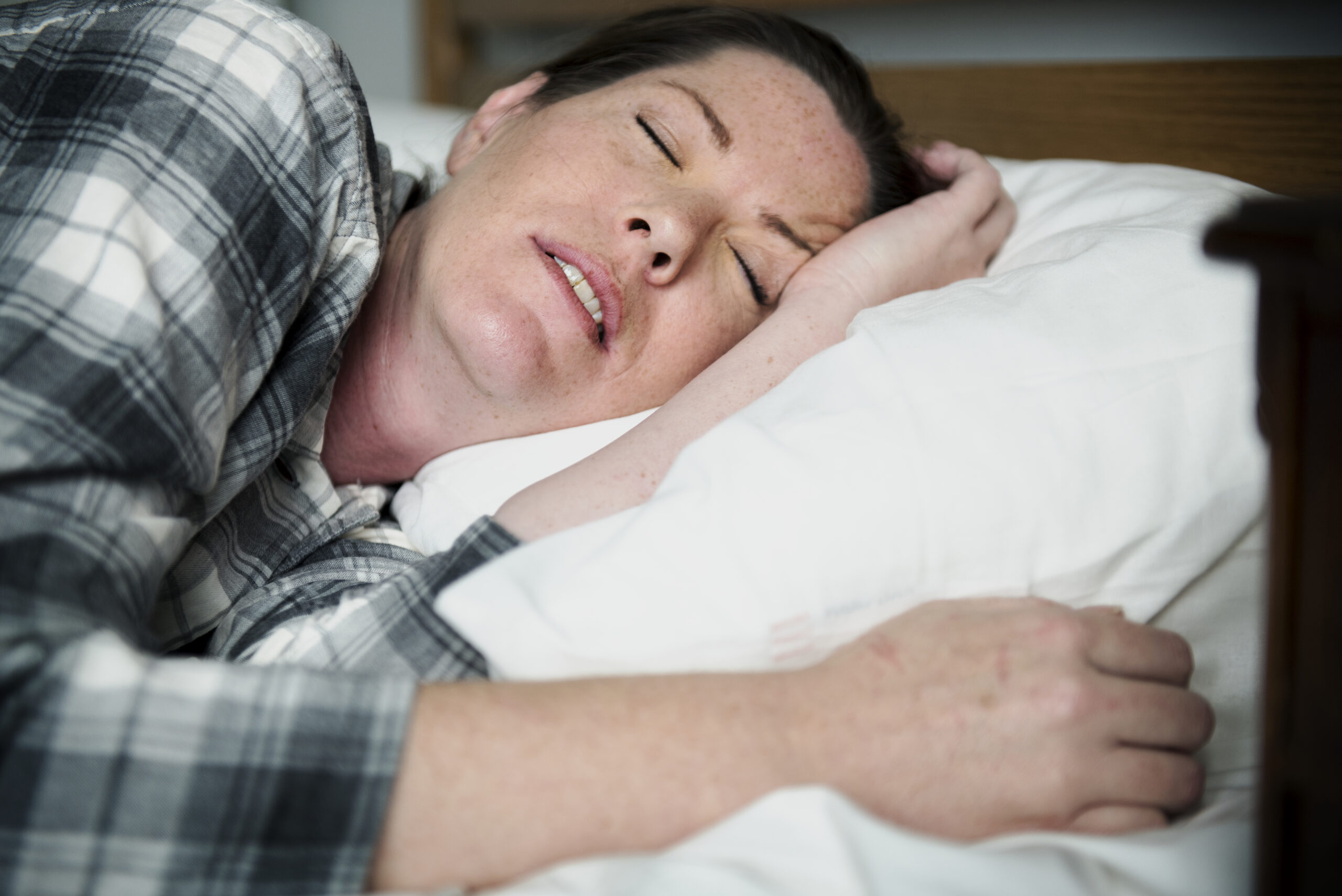 It’s commonly believed that sleep apnea can cause weight gain — but is there any merit to this claim? And how about the other way around — can weight gain cause sleep apnea? Let’s explore the relationship between sleep apnea and weight gain.

What is sleep apnea?

Sleep apnea is a condition where breathing stops during sleep for several seconds at a time. Often, breathing will suddenly restart and cause the sleeper to awaken briefly. Sleep apnea can also be one of two types: Obstructive sleep apnea, the more common type, occurs when a structural issue obstructs the airways during sleep, interrupting breathing. The other type is called central sleep apnea. This condition occurs when the brain periodically stops sending the signal to breathe. In some people, the culprit is a combination of the two types. Sleep apnea and weight gain do go hand in hand, but does one necessarily cause the other?

Can sleep apnea cause weight gain?

Several studies have shown a link between poor sleep quality and weight gain. Sleep apnea doesn’t directly cause weight gain; however, it can indirectly lead to it. There are several speculations as to why this is. The fatigue associated with chronically poor sleep often results in reduced activity. If someone is consistently having trouble getting a good night’s sleep, they’re not going to be very inclined to exercise or generally remain very physically active. This sleep disruption can lead to weight gain over time due to a more sedentary lifestyle. In addition, someone who is not getting enough sleep night after night may also put on weight due to poor food choices. For example, when tired, people will often neglect to take the time to prepare healthy meals. Finally, it was found that people with sleep apnea have higher levels of the hormone that causes hunger (ghrelin) while also having lower levels of the hormone that causes the feeling of fullness (leptin).

How about the other way around? Actually, this one has a more direct link. Excess weight can lead to obstructive sleep apnea, often due to extra fat in the neck, called pharyngeal fat, which puts pressure on the airway. This pressure creates less room for proper breathing, especially while lying down. In addition, during sleep, the airway naturally relaxes. So this combination of an open airway plus the pressure of pharyngeal fat leads to constriction, resulting in obstructive sleep apnea.

If you are experiencing sleep apnea, it’s essential to get checked out and evaluated by a physician. Sleep apnea and weight gain are indeed intertwined. Sometimes, lifestyle changes such as losing excess weight are enough to help; other times, treatment is needed. Dr. Edmund Fisher is board-certified by the American Academy of Otolaryngology and can help you develop a treatment plan to resolve your sleep apnea and prevent long-term complications.